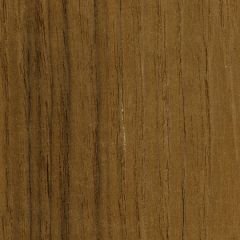 SAPWOOD COLOR: The clearly demarcated sapwood is white to pale yellow in color.

HEARTWOOD COLOR: The heartwood in its purest form, is a uniform dark golden-brown, without markings. But most other heartwood found in this species is dark golden yellow, which turns into rich brown with darker, chocolate-brown markings upon exposure. There is moderate to high color variation between boards.

MOVEMENT IN SERVICE: Seasoned wood is reported to have very good dimensional stability, and retains its shape well after manufacture.